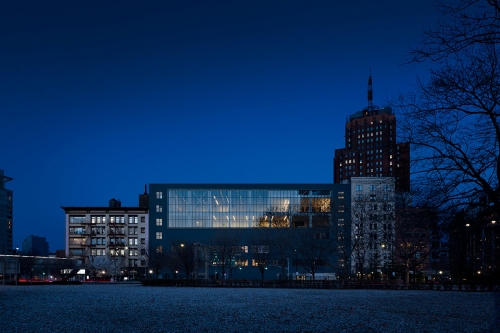 Matthew Higgs, founding curatorial advisor to Independent and director of White Columns states, "Independent remains, first and foremost, a platform for the ideas of artists - of all kinds, and for the galleries - of all persuasions, that support them. Over the past ten years, Independent has been instrumental in suggesting that an art fair can be both a focused and revelatory experience, one that closely relates to and augments our encounters with art elsewhere."

The selected participants represent the art world’s most creative and inspired curatorial visions from a cross-section of emerging, mid-career and established programs from around the world. Now in its tenth year, Independent has a rotating participant network of over 240 galleries from 50 cities worldwide.

Independent is curating a forum that is an authentic reflection of the gallery landscape and encourages innovative approaches to fair presentations. "Independent was founded to focus on the future. We are proud to be known as a place to see an artist or an idea for the first time, that might later take hold in a big way," explains Elizabeth Dee, co-founder of Independent.

This year’s list has widened to include several galleries in continental North America (west coast, mid-west and Canada), as well as from Asia. Each year, Independent rotates over 30% of its galleries to encourage fresh perspectives and introduce unfamiliar artists to new audiences; this edition's participants include 21 new exhibitors, ranging from emerging galleries to those with decades-long legacies. In 2019, first-time participants will include Ortuzar Projects, Arcadia Missa, Kai Matsumiya, Take Ninagawa, Parker Gallery, Anglim Gilbert Gallery, COOPER COLE, and moniquemeloche, among others.