Richard Kennedy, Masc Off (overture to "You Can’t have no BBQ sauce unless you get some chicken McNuggets"), 2020, Video - Digital video, sound, color, Courtesy Peres Projects, Berlin 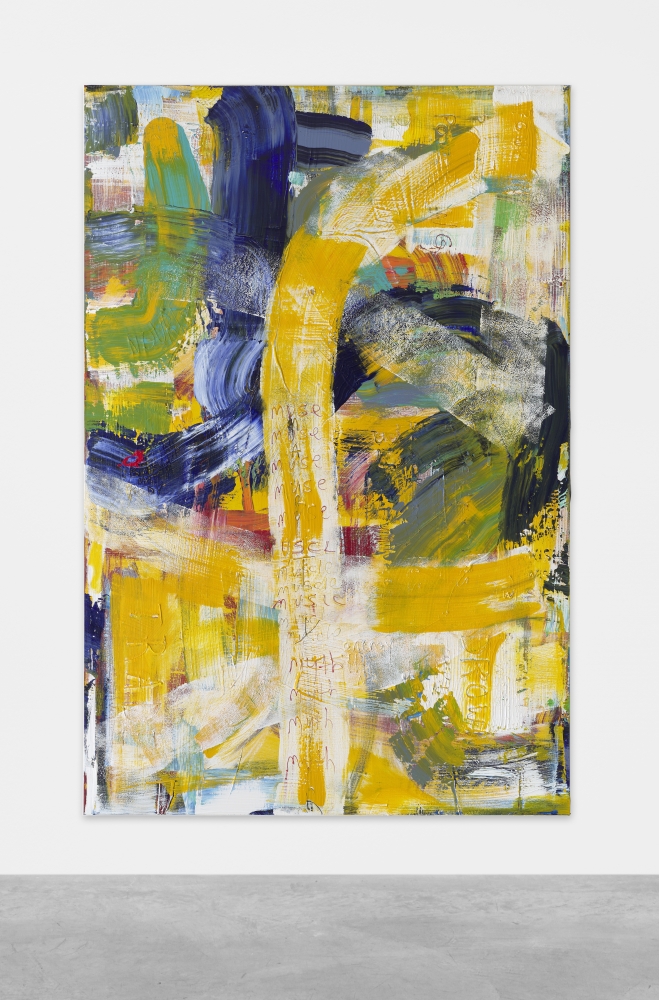 When Richard Kennedy showed up in the New York art world a decade or so ago, their presence made waves. 6'4" (in platforms), with a captivating gaze and leg extension for days, the artist arrived via Broadway (the touring productions of Wicked, Westside Story and Fosse) and it soon became known that both their port de bras and their capacity for camp had been professionally trained. But grace and dynamism have always come naturally to Kennedy, who also become central to the city's explosion of anti-genre, queer nightlife at the time (i.e., Cuntmafia's trap raves, Ghetto Gothic, and the spectrum of Ladyfag's many parties), which Kennedy was helping to organize and host.

This background is important to fully appreciating Kennedy's more formal extension into painting over the past year, just as, perhaps, the Factory component of Warhol's practice (and party culture that transpired therein) is important to reading social context into the Pop artist's canvases. Not that the two are otherwise twinned—Kennedy is the wet, expressive fullness contra Warhol's dry, emotionless restraint—but in the sense that the painting is underpinned by an active social body beyond the stretcher, rather than painting as solo pursuit. This point was literalized this spring in Kennedy's presentation with Peres Projects at Independent New York, where the gallery installed large-format paintings on silver-reflective walls surrounding bespoke seating and a monitor playing Kennedy's 2020 opera, You Can't have no BBQ sauce unless you get some chicken McNuggets. To visit the booth was to see one's own live presence in the space as part of the work, to see oneself being seen. 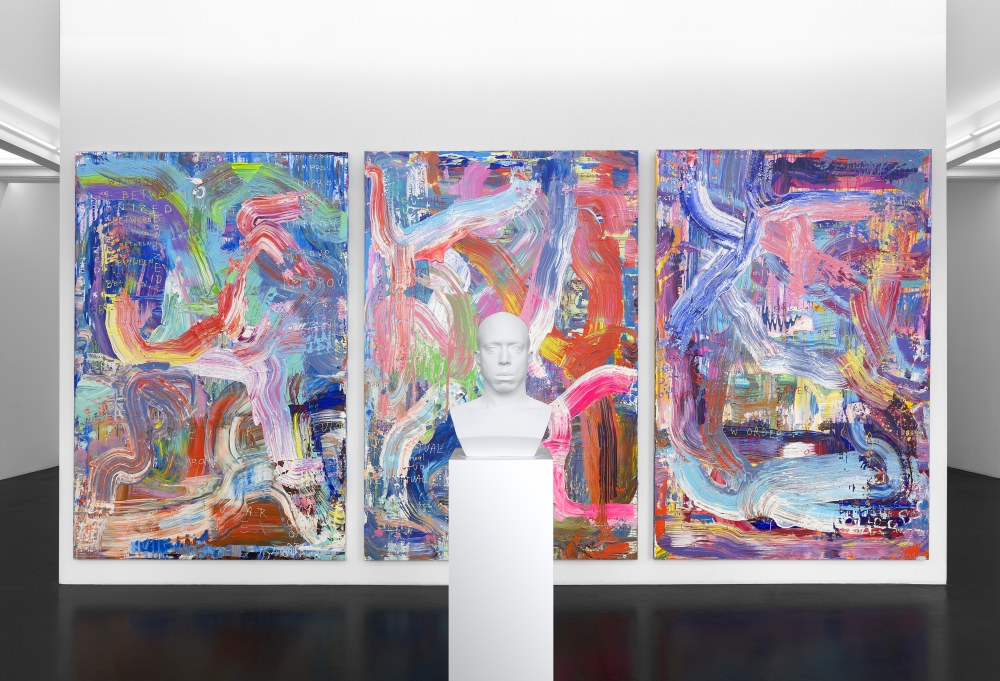 Speaking with Kennedy's collaborators—a diverse group of highly skilled musicians and performers—one hears this idea of "being seen" as a common refrain. Like Kennedy, many are black, queer, and/or from the American Mid-West and South. They talk about Kennedy creating a place on the artworld's mainstage for them to "step out of the box," both in terms of their identities but also their classical training. Taking this in, I have a sense of Kennedy making a club zone in plain sight.

Cue the video opera on screen: A cellist (Zeelie Brown) on a green lawn in a neon-orange wig, hand vigorously bowing the strings; pan out to Kennedy twirling in faux snakeskin and pink braids under the ornate facade of the Louvre's Pavillon de Flore; the trill of a soprano (Kyle Kidd) enters the audio mix as the, in all, six performers carry out their improvised ballet in front of passersby gathering by the hedgerow. Kennedy is an expert at placing the high art forms of the European tradition in service of the black queer experience.

Kennedy is also deeply aware of the difference between performance and entertainment, particularly as it pertains to black artists historically—black artists' passage through white high society being correlated to their ability to dazzle and delight from the stage—and it is here where Kennedy's paintings come into play. In a classical art-historical sense, they are indexes of artistic vitality. The most dominant marks are broad and brightly colored, more the traces of extemporaneously choreographed physical gestures than calculated lines in an abstract space. Onto these surfaces Kennedy has inscribed particular terms: e.g., ontology, ebonize, epistemology, new world order, collapse. When I ask about the relationship between brushwork and language, Kennedy speaks of the paintings as a kind of personal proxy (the paintings sweat for the art world, they do not) but also as vessels that will have lives beyond that of the artist. The works testify to the fact that, as Kennedy put it, "a queer black man from Middletown, Ohio existed once, connected with this language, left these marks."

"Being avant-garde means you're on the front line," they respond, "and I'm a pretty strong warrior... I do feel that I am a protector of the community and its wisdom.” 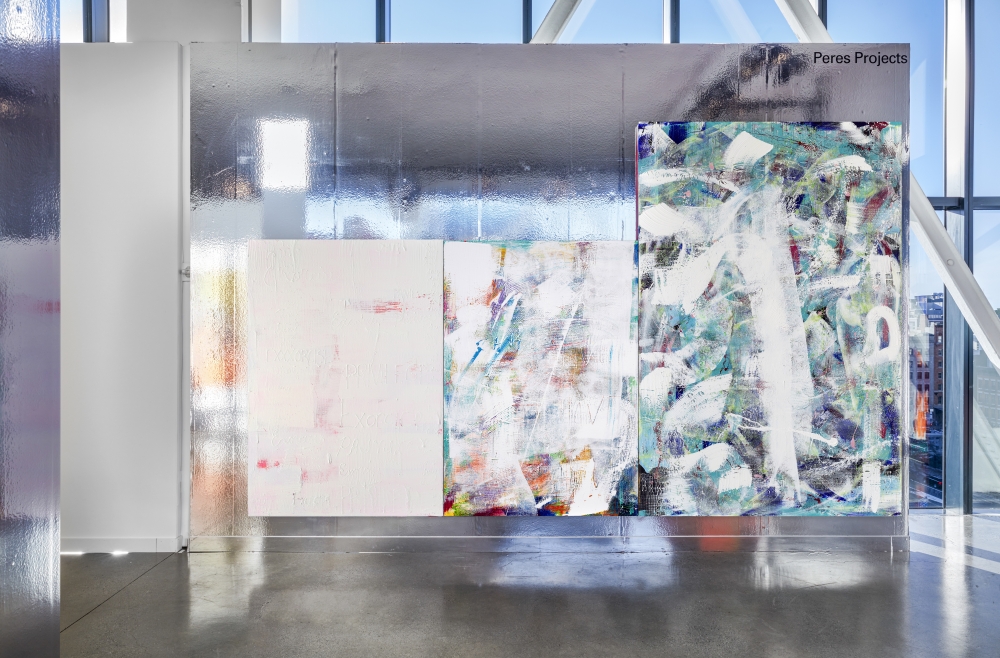 It is invigorating, after weathering the past decade of institutional deterioration, both inside the art world and out, to spend time with Kennedy and their work. There is a sense that, for them, critique happens not so much through negation but by world-building and pro-actively making space. Several key venues including MoMA and The Shed have picked up on this too, having invited Kennedy to present work this past year. However, when showing in these mainstream spaces, I ask Kennedy, is recuperation ever a concern (of club culture, of black and queer culture)? "Being avant-garde means you're on the front line," they respond, "and I'm a pretty strong warrior. Doing the door at the Spectrum, and given my body type, I do feel that I am a protector of the community and its wisdom. It is important that we occupy all different kinds of spaces and to find new places for that culture to thrive and grow."

In recent weeks as Berlin's lock-down eased up, Kennedy's Berlin studio has been one such space. But even before groups of people were allowed to convene, Kennedy styled and art directed a video of themselves dancing in front of the paintings that would soon go on view at Peres. In a cowboy hat and surgical mask, Kennedy hip rolls and vogues to a techno beat. They flow through outfit changes—a black fringe leather jacket, a diamond choker, a pink camo dress, a painted sweat-suit (that would also end up installed at Peres). If you squint your eyes, the painted triptych behind Kennedy contains the likeness of even more Kennedy-like figures. In a time of extreme isolation, Kennedy gave us club quarantine. 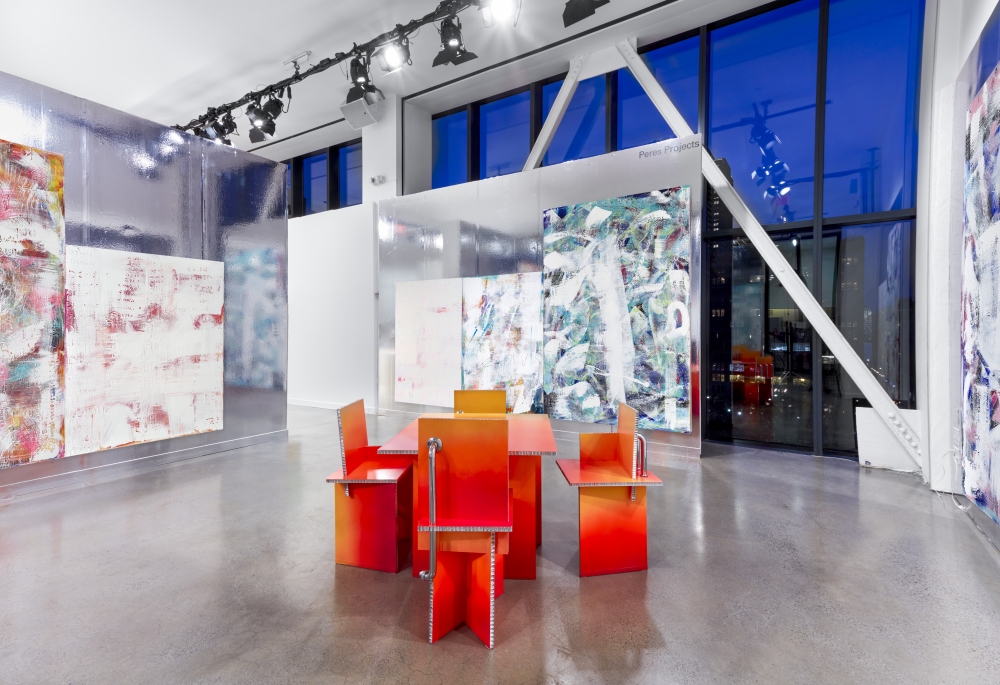 While all dates are subject to change these days, Kennedy is scheduled to present their opera Black Rage: Songs From a New Age Depression (featuring additional music by RaShonda Reeves) at the Zabludowicz Collection in London this September. They are also set to participate in a group show in October at Palais de Tokyo in Paris. Curated by Marie-Ann Yemsi and titled "Ubuntu: A Lucid Dream" Kennedy will be showing paintings and sculptures as well as, separately their first "collapsed opera rave dance workshop."

An art world recalibrates to post-digital culture, Kennedy's model of an artist—fluid among various media and acutely aware of the value of their own live presence—could prove optimal... and visionary. "Richard is an icon of everything," Kyle Kidd remarked to me. "Richard is the future."